One of my classes invited me to participate in a synchronized group dance to “We’re All In This Together” from High School Musical. It is great. All thirty students in the class have been forced to participate, including the six boys (and an especially unfortunate boyfriend who isn’t even in the class) who look pretty miserable every time we meet. I can’t go to most of their practices, but they have been meeting twice a week for almost a month to practice. I’m still a little unclear about what this dance is for exactly or when we’ll even be performing it, but it seems like it’s a very big deal. The other day we had some sort of preliminary test where every dance group had to perform in front of a judge to see whose dance was good enough for the real performance. My students were all very nervous and told me that the judge was very important. It turned out the judge was my best teacher friend, Luo Yu. Our group moved on to the next round. 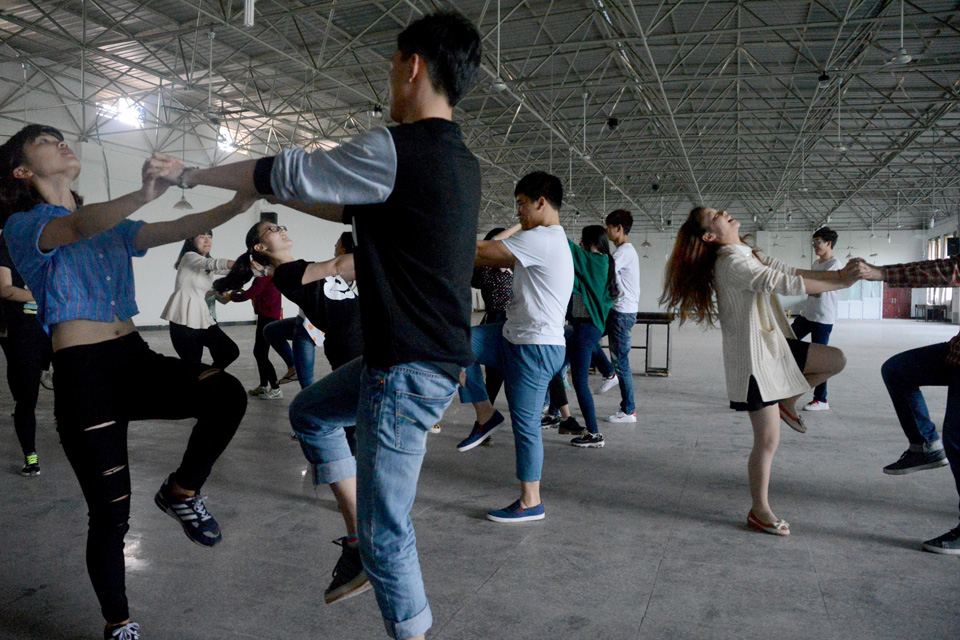